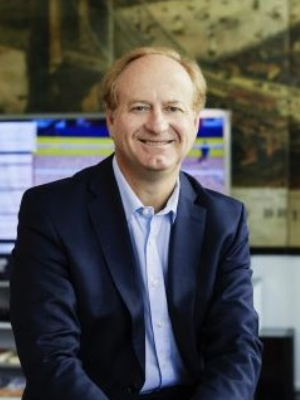 Eric is a seasoned and results-oriented operating executive in media, telecom, and technology. He has solidified a proven track record in turnarounds, business integration, crisis management, startups and complex international environments, with a reputation for integrity and leading strong teams. Building on a 40-year career, Eric is now a seed investor and Director of Veloce, one of the fastest growing e-sports and gaming ventures, approaching 3 billion annual viewers.

During the past 20 years, Eric has served as CEO to a number of multibillion-dollar revenue companies. He led the growth and turnaround of Liberty Global broadband and content businesses across Central Europe for 11 years. Eric became a member of Liberty Global’s Executive Leadership Team, overseeing strategic planning and integration of various businesses in 8 countries, including the successful sale of various of those businesses to Deutsche Telecom and Vodafone at strong multiples of cash flow. In Switzerland, he oversaw the turnaround and rebranding of Liberty’s Swiss business UPC, formerly Cablecom.  Eric introduced company-wide customer-centric programs creating superior market leading growth. He pioneered MySports, a compendium of Swiss sports channels to provide important competitive market differentiation.

Eric was President of the United Kingdom cable operator Telewest Global, Inc., where a public offering was launched out of bankruptcy, then turned around and sold to NTL, now branded Virgin Media, at double its IPO price. Earlier in his career, he held a range of senior leadership roles at Warner Communications, Comcast Corporation, Time Warner, Cablevision, MasTec and Metromedia International overseeing the development of major infrastructure projects throughout the world.

Currently, Eric serves on the Board of the First National Bank of Long Island as chairman of the compensation committee and member of the audit and risk committees. Previously, he served as a board member and audit committee chair of Open TV. Eric was also an investor and chairman of Sightspeed, Inc.

Eric holds an MBA from Rutgers University and a BS in Economics and Accounting from Long Island University, institutions he continues to support actively.