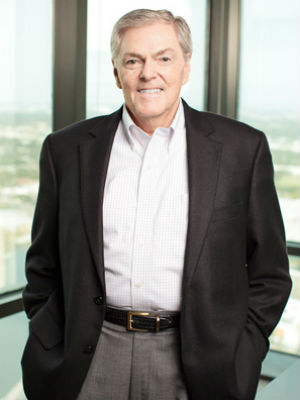 • Mergers and Acquisitions;
• Private placements of Debts and Equity and
• Advisory Assignments such as Valuation and Fairness Opinions

Over the course of his career, Bob has advised Fortune 500 companies and owners of private, middle-market business in both the domestic and international sectors, completing over 100 transactions valued at more than $500 million.  Bob works with clients across many industries:  Business Services, Entertainment, Government Services, Manufacturing, Technology and Telecommunications.

Prior to joining CEA, Bob served seven years as Senior Vice President at Cable Investments, Inc., a telecommunications brokerage and investment bank in Denver. He also spent 17 years in management at the Xerox Corporation.

Bob is a member of the Financial Industry Regulatory Authority, Inc. and the Cable Television Pioneers.

He has appeared on numerous industry panels focused on valuations, financing and cable system sales and has been quoted in trade and business publications as a recognized expert in these areas.

Bob served on the Board of the Independent Cable and Telecommunications Association and the Editorial Advisory Board of Private Cable & Wireless Magazine.